Hundreds of colleges in the country offer music as a major. Nonetheless, just a few rise to the top because of quality and reputation.

I compiled this list from a series of recommendations from the newspaper USA Today and the industry-leading paper The Hollywood Reporter. 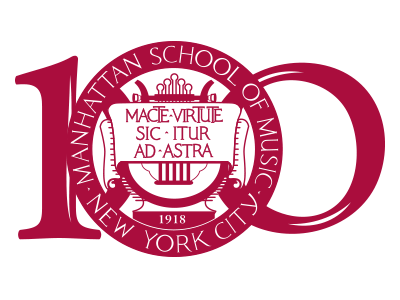 Located in New York City, New York, the Manhattan School of Music is deeply embedded into the contemporary and classical music culture. It is one of the premier music schools in the world. This world-class music institution boasts an incredible faculty of eminent artists. Many people consider it a top school for top programs in various disciplines.

One of the faculties in this school is clarinet performance. Mark Nuccio, the associate principal of New York Philharmonic and David Krakauer, the klezmer-clarinet normally teach top, young clarinetists from around the world.

There’s also a faculty that partners with the Pinchas Zukerman, the popular violin master. He takes on a series of selected studio sessions with some of the best talented upcoming and young violinists within the country.

The Manhattan School of Music offers a modern and unique music performance degree program that adequately prepares students in the traditions of the passionate and fiery modern music ensembles. Graduating students are regularly cited as among the most successful freelance musicians not only in New York City but also beyond.

Outside of contemporary and clarinet music, MSM hosts distinguished composition, percussion, piano, woodwind, and strings faculties of the highest distinction. 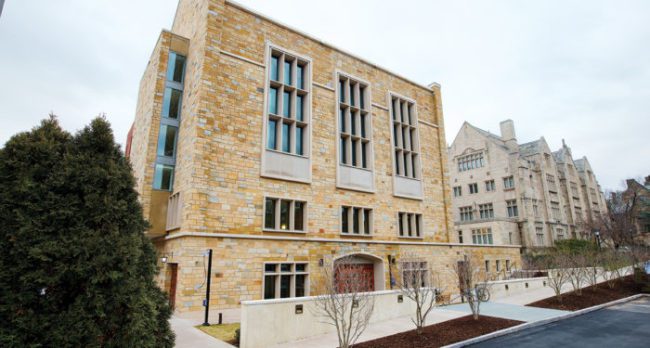 The Yale School of Music is a music school that’s blessed with a huge anonymous endowment made within the last decade. Students that are accepted to this college are able to undertake completely different music courses to those that the graduate school offers. For graduate students only, admission tends to be highly competitive.

The programs offered in this wonderful college are among the most lauded throughout the country. Martin Bresnic is one of the most respected faculty members. He has taught a surprisingly huge number of important composers. The other respected faculty member is clarinest David Shifrin. Regularly, he’s heard in top commercial recordings across the world. Lastly, the cellist Aldo Parisot has taught at this school for more than 50 years now.

Roughly 10 years ago, I’d have said that Juilliard boasted the highest number of active old students in professional music. However, in the recent past, I think that Yale is the college that has the highest student numbers practically in every professional music position that’s available to musicians around the globe. This is not to mention that most of the students in this college start networking with the top talents within New York City because of its close proximity to the central cultural center.

Most people note the college for having a number of top programs. Some of them include:

What is for sure is that this college is one of the most serious contenders that every prospective student of music should deliberate. 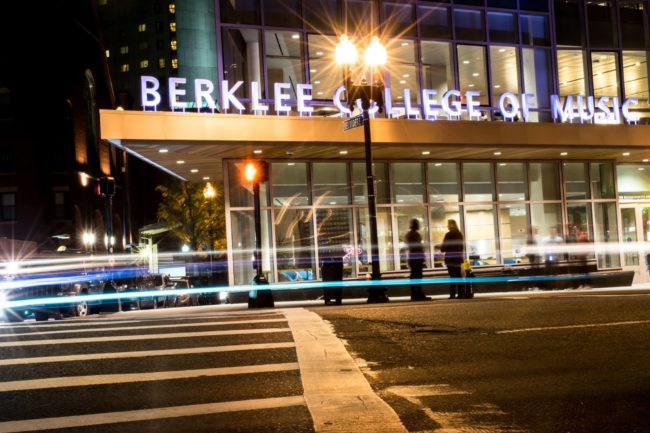 I think the Berklee College of Music is probably among the most innovative music institutions in the country. While others tend to focus more on the ‘’conventional’’ classical music performance, this one has had a thing for the modern hence placing itself right at the forefront of the modern music styles.

The school’s contemporary performance is truly one of a kind. Its dedication to global music styles, jazz and popular music makes it a breeding ground for some of the popular performers in the world. Ever heard of Dream Theatre or Imagine Dragons? The former was a chart-topping rock band at the peak of its career. The latter is undeniably one of the greatest heavy metal bands in history. These are the kinds of folks that came out of Berklee year in year out …

In addition to providing top performance programs, the college’s recording and music production programs are second to none. It has more than 25 recording studios. Their business program provides real-world music business teaching to learners that desire to take their degrees in music into representation, entrepreneurship, booking, and marketing.

Boston Conservatory, which was once an independent institution, merged with Berklee in 2016. Since then, the combination of these two music colleges has resulted in the creation of impressive programs that span into modern, jazz, and classical styles. Perhaps their most popular program is musical theatre. The school has managed to send numerous students to Broadway and a host of other commercial venues and top theatres throughout the world.

Faculty, alumni and students from this college are affiliated with dozens and dozens of jazz clubs, chamber ensembles, choirs, and orchestras in the country. 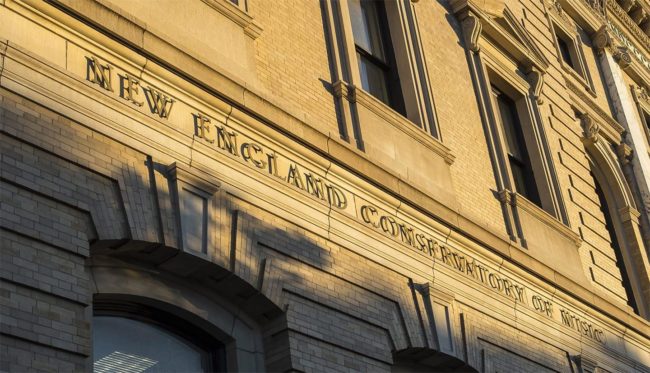 This is another top music school in the country. It is located in Boston, Massachusetts. The legendary college claims alumni of many impressive names in the world of the contemporary and classical music industry. Some of them include:

The New England Conservatory features a faculty of musicians who are among the most accomplished worldwide. It holds a historical and strong relationship with the Boston Symphony Orchestra that is situated just down the street from the college. Some of the students who attend their lessons here frequently study with teachers that hold concurrent positions within the Boston Symphony Orchestra.

Without the BSO, Boston as a city provides different music offerings that a good number of both current and past students of NEC participate in. They include the Boston Philharmonic Orchestra, the Handel & Haydn Society, and many others.

By establishing the ‘Entrepreneurial Musician’ program, this college was able to lay the foundation for teaching its learners how to manage their careers professionally. On top of that, the college is home to one of the most accomplished, impressive and professional sounding jazz bands countrywide.

If you’ve been looking for the best music school in the country for advanced music, then it’s prudent to consider the New England Conservatory music school.

5. University of Michigan School of Dance, Theatre, and Music 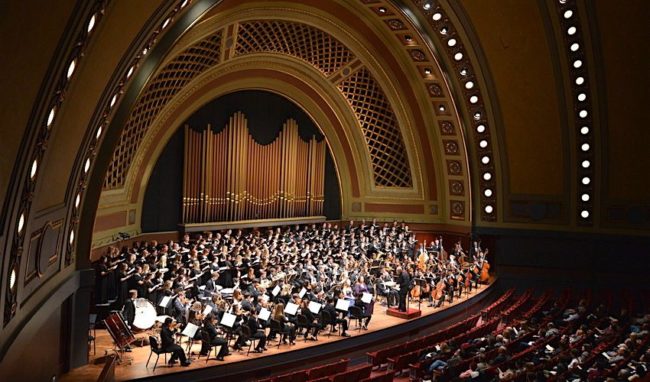 Prospective music students that have been looking for a school that offers the best classical saxophone and musical theatre programs should contemplate joining this college. It is famous for graduating the likes of Iggy Pop, Darren Crises and Madonna. The college sends students consistently to lucrative positions in the top professional symphonies and Broadway stages throughout the globe.

On top of that, the school is home to Richard Aaron, a reputable cello teacher in the country. He’s noted for coaching students almost annually and helping them advance to positions in among the world’s leading symphonic orchestras.

Michael Daugherty, a Grammy-Award winning composer is another notable faculty member. He became an internationally renowned music composer in the late ‘80s when his ‘’Metropolis Symphony’’ premiered. Timothy McAllister is the other faculty member. He is one of the saxophone professors in the institution.

In addition to giving you an out of this world music experience, the school also has a top-notch production facility. Choose this college if you desire to join an institution with a remarkably strong background in traditional academics and music. Without a doubt, it is among the leading music schools for state-sponsored students. 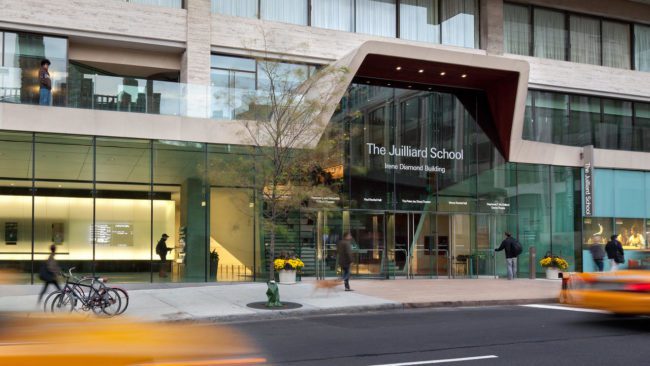 In my opinion, the Juilliard School is among the most acclaimed, most reputable and oldest music conservatories within the United States. Because of the school’s extremely rigorous audition process coupled with a 6.5% acceptance rate, getting admitted is an achievement in its own right. It boasts over 100 years of music education. Here, music learners are immersed fully into the world of music.

Seasoned professionals mentor students at this fully resourced music school. The college has a student-to-faculty ratio of 3:1, which ensures that every student enjoys close mentoring and training from instructors.

The fact that it is situated in New York City means that students enjoy ample exposure to opportunities and professional musicians. 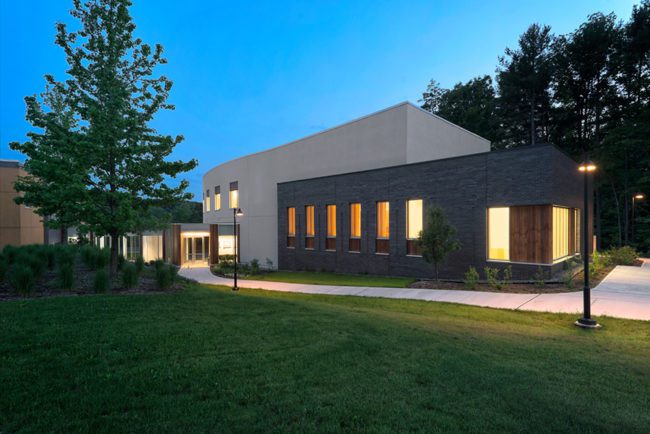 For the prospective music students, Bard College is among the most intriguing in the country. The music faculty at this school is of world-class quality. Often, it shares appointments between the college and other top schools including Juilliard, Curtis and Yale. What I love the most about this school is the fact that it has a bevy of resources both financially and musically.

In the last 10 or so years, the college has worked hard to brand itself among the best not only in the country but also across the world. To the best of my knowledge, it has managed to successfully accomplish this goal. It has an unparalleled faculty of inspirational musicians such as So Percussion and Joan Tower. The former is a leading and talented American composer while the latter is a widely regarded modern percussion brands. Legendary string teachers Arnold Steinhardt and Michael Tree teach music here.

If you are a student of this college, you get the golden opportunity to perform your gigs in New York City and surrounding areas.

It’s the only school in the country that requires their students to pursue a five-year double major. I find it a smart decision considering that most music majors hardly end up chasing careers in music. If you are interested in fostering your artistic growth in an amazingly liberal environment, then you should consider joining this college. 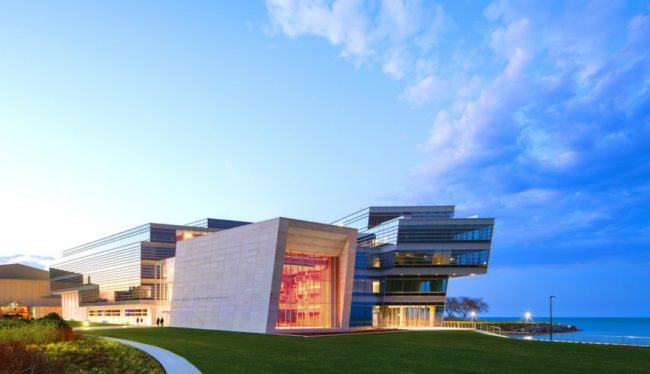 This is probably the most prestigious school in this list in terms of academics. If you want to excel both academically and musically, this is the school you need to join. Historically, it has been among the best schools for brass performance. Presently, the tradition still stands. The old students of the brass program and other music departments hold top positions in the leading orchestras in the world.

The college offers two initiatives that bring popular musicians into the campus for artist residencies. In these sessions, learners closely interact with the top musicians both in concert and class settings. Some of the past winners of the college’s Nemmers Prize include Aaron Kernis, John Adams, Jennifer Higdon, and Steve Reich.

The college has an arrangement with the Case Western Reserve University, whereby students that are accepted to both colleges can undertake simultaneous degrees.

Colburn School is at times referred to as ‘’West Coast Curtis.’’ It is the country’s smallest independent conservatory. In its college program, Colburn School has around 110 students.

The college’s program is entirely classical. Of great importance to note is that the program at the school is only offered to instrumentalists – no jazz majors, composers or vocalists are at Colburn. Based on the year, admission is between 5% – 10% hence making it as competitive as Juilliard.

There’s no doubt that the faculty at this school is among the best in the world.

Almost everything that revolves around applying to college is an intimidating experience. The process entails so much to do. Plenty of places to search for information and advice are available. As a high school student, one of the things you need to do is begin your search enough. Depending on the music discipline you intend to settle on, it is prudent to start your search for the best music school in the country as early as possible. This will give you ample time to do extensive research and narrow down your options in order to make an informed decision.

Are you passionate about music? Do you plan to take a course on music in college? Wondering which are the best institutions for music in the country? The above are the top 10 best music schools in the U.S.

If you think seriously about a music career then check out these posts:

7 Best DJ Controllers For Beginners in 2020