Behringer XENYX 1202FX Review – Is It Worth Purchasing?

Are you tired of searching for the best mixing console or audio mixer? Do you need an efficient and easy to use equipment for mixing? Whether you require a mixer for small gigs, jam room, home studio or a larger venue, I’m here to help.

The Behringer XENYX 1202FX features 8 input channels (four stereo and four mono) and 1 post-fader send on every channel for a great combination of live or studio use. It has CD/tape outputs and inputs with RCA connections, 4 Xenyx mic preamps, and 4 stereo channels with two ¼’’ inputs to handle all your input sources. Its balanced ¼’’ outputs are handy for sending your mix to the studio monitors or sound system. This equipment incorporates a 24-bit FX processor featuring 100 awesome effects presets. Behringer’s affordable and innovative XENYX mixers offer pristine sound quality as well as cutting-edge features for little outlay.

In summary, here are some of the features you can look forward to: 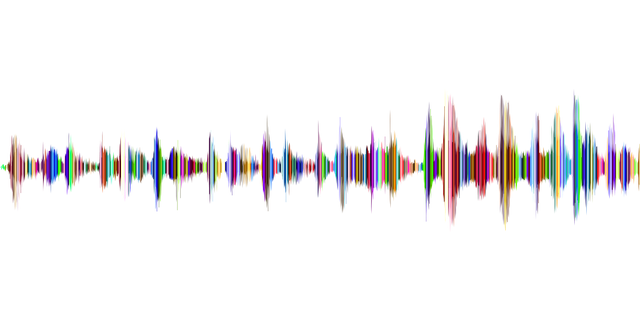 In terms of sound, your guess is as good as mine. I’m surprised at the premium sound quality of this mixer. I prefer its sound than that of my Mbox 2. In my studio, I also have a Mackie 1604vlz and it has nothing on the 1202FX. I noticed something with it, total silence. There was no hiss whatsoever, only clean and warm sound.

I discovered that the 1202FX has compression and numerous sound effects. I tried it on actual recording and was blown away. The reverb, for instance, is very detailed. The mixer’s reverbs are better compared to the phasers and flangers. I really don’t use these effects much.

There are more than 100 in-built effect presets such as reverb, pitch shifter, delay, and chorus. Every channel features an FX send. 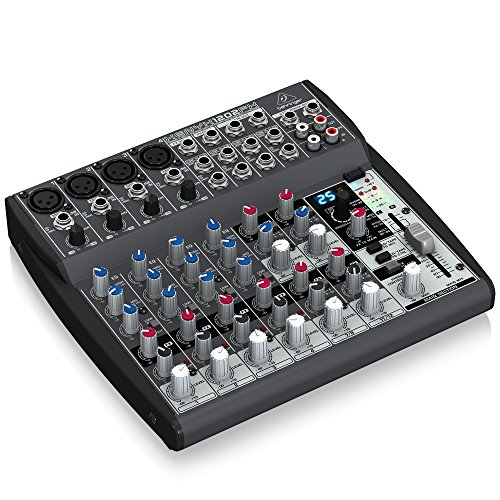 Unlike with a standard mixer, I observed that there aren’t any faders on each of the individual channels but rather a level knob is available. The mixer’s 4 main channels feature clipping LEDs. In my opinion, this is very important.

The trim knob sets the input gain. The knob itself is dark and small. At times, locating its position can be hard.

My major issue with this unit is the power adapter. Boy wasn’t it annoying! It’s non-standard. The adapter has a plastic pin and three metal pins as part of its connector, which reminds me of the midi cable. My issue is the fact that you must insert it at a certain alignment. Secondly, accidentally jamming and damaging the pins is very easy. I really do not know why Behringer opted to utilize this ordinary connector.

The equipment has a power switch meaning you have to unplug and plug the cable all the time for you to turn it on and off.

Honestly, to me, this mixer wasn’t too portable. I think it’s because it has 12 channels. Additionally, it’s a little wider compared to most of the ones I’ve used previously. All that didn’t stop me from carrying it mainly because of the impressive FX processing and preamps.

As I was checking it out this audio equipment in my sound room, one thing that struck me the most is its processor. It boasts a 24-bit FX processor and comes loaded with a variety of really good effects. For its price, you’ll definitely be getting a great deal by purchasing it. It has 3 bands EQ’s that provided me with exceptional sound quality.

The preamps are pretty nice too. They’re clean and warm. Actually, they sound like some that I had on one of my higher end mixing consoles that were costlier than the Xenyx 1202FX.

As aforementioned, this mixer has stereo line inputs. Each of the 4 stereo channels brings with it 2-balanced line level inputs for right and left channels. If you only use the jack marked L, the mixer’s channel operates in mono. Of great importance to note is that the stereo channels are specially tailored to handle the typical line level signals. Moreover, both inputs accept unbalanced jacks. Volume level, FX, and balance controls for every channel are available. 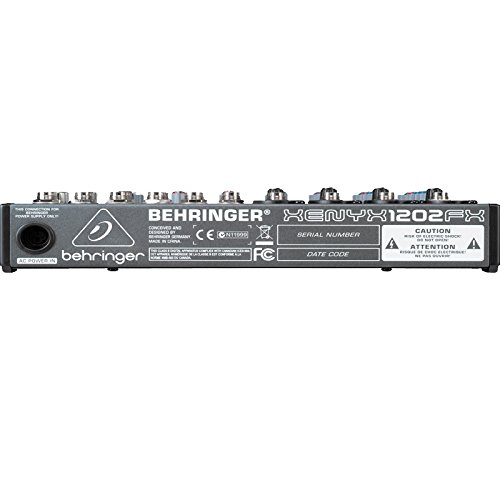 I saw many people complaining online about the challenging nature of setting up this mixer because of the countless dials, levers, knobs, and sockets. However, I quickly discovered that setting up the Xenyx 1202FX was a walk in the park. The process is easy and straightforward. The controls and connections are easy reachable since they’re right on top of the mixer.

The good thing is that detailed instructions on the entire process are available. I must point out that the process for 1202FX is different from that of the 1204FX. The latter has a number of a feature, which the former lacks and that explains why the entire set up process different. For instance, THE 1204fx has USB capabilities while the 1202 does not.

I’m completely in love with this unit’s 24-bit FX processor. In fact, it’s my favorite feature. It gave me plenty of options to work with.

This is one of the best mixing consoles I’ve come across over a long period of time. It’s high quality and sounds amazing. While I find it to be relatively pricey, why not spend a little more bucks and enjoy all the amazing features and 100+ effects?

The Behringer XENYX 1202FX is worth your hard-earned money. Get yours today and experience the magic.

Other reviews worth checking out:

10 Singing Tips For Beginners From a Musician

How Much Does A Wedding DJ Cost? (Expense Breakdown)